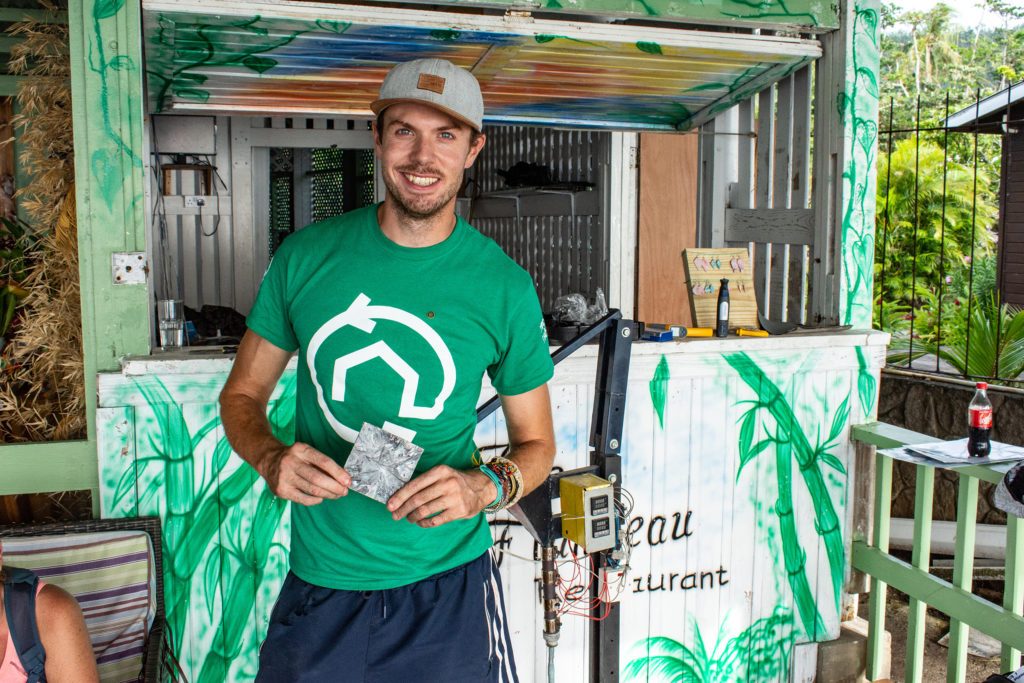 Dominicans are being encouraged to create sustainable business initiatives and reduce their dependence on imported building materials by converting the island’s waste material into new, marketable products.

“Our goal is to create Dominica’s first community powered recycling centre,” said Rory Thor Dickens of Recycle Rebuild. “We’re about creating opportunities from waste and realising the potential of all these things that we are throwing away. All that tarpaulin that was damaged that’s coming off the roofs has value.”

Dickens, who represented Recycle Rebuild at Women’s Dive Day and Beach Clean-up – an initiative organised by Our Salty Passports and supported by Wild Dominique and Anichi Development on July 21, believes that the constant importation of goods into Dominica is slowly running the country dry. “Everyone earns their money here and then sends it abroad because they need something brought in. I mean that’s not fair. This is about keeping it all here.” 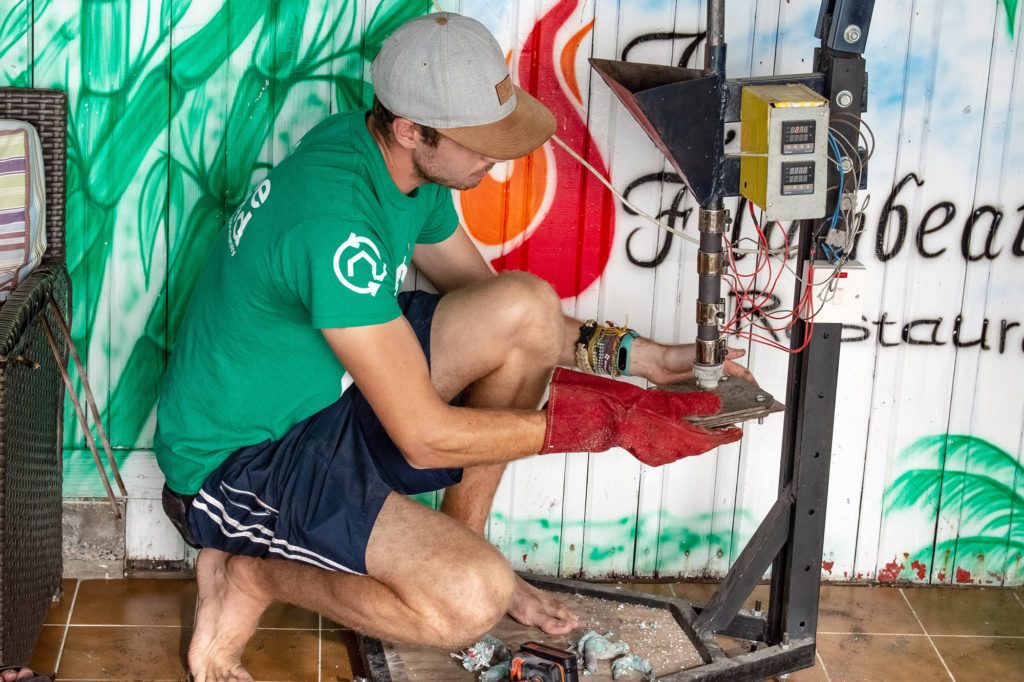 Dickens collects the Molten Plastic in the tile mould

The Scottish native, who moved to Dominica after Hurricane Maria, believes that provided with the correct mould, Dominicans can produce anything made from plastic on island.  In-fact, the very machines used by Recycle Rebuild to currently convert waste plastics into consumable goods, were built entirely from trash collected at Dominica’s landfill.

Today, the machines housed at the Champs Hotel in Portsmouth, are used to create marble-looking floor tiles and handcrafted jewellery sold in the local market. The production process explained by Dickens appears straightforward. Coloured plastic waste items, such as forks, cups, and bottles are collected from beaches and other places then shredded together before being placed in the injection machine. Once in the machine, the material is melted by high heat and emptied into a desired mould to create the product of choice. 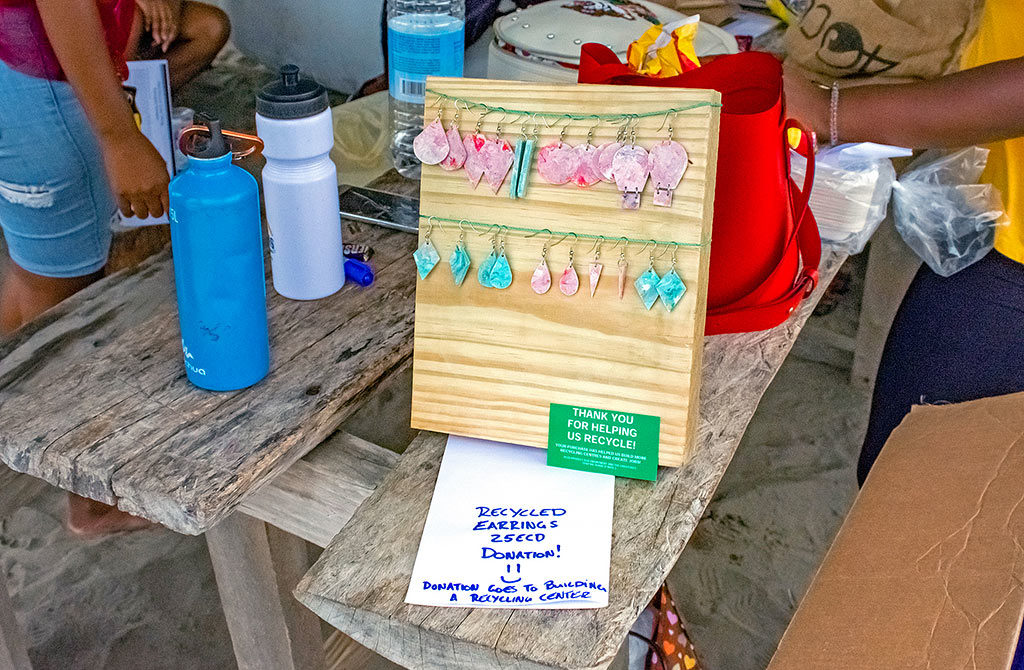 In a bid to expand its operations, the non-profit organisation is building a few more machines capable of creating beams and other larger objects, as well as focusing on moving the plant into a more centralised area. “In the next two months or so, we honestly think that we may have a space in the centre of Portsmouth where we can employ local people to work on crafts and also produce more important things,” Dickens said.

Participants at the event were given the opportunity to witness the end-to-end process of converting plastics, such as cutlery, into floor tiles, as well as learn the harmful effects of carelessly burning plastics. The experience is one, which Kayla Rognlie, founder of Our Salty Passports, believes was necessary to teach people first-hand, how easily trash can be turned into beautiful, new products that offer them a sense of pride and accomplishment.  The certified dive instructor, who has been hosting beach clean-ups in Dominica, has first-hand witnessed the harmful effects of plastics to marine life in the ocean and the environment. 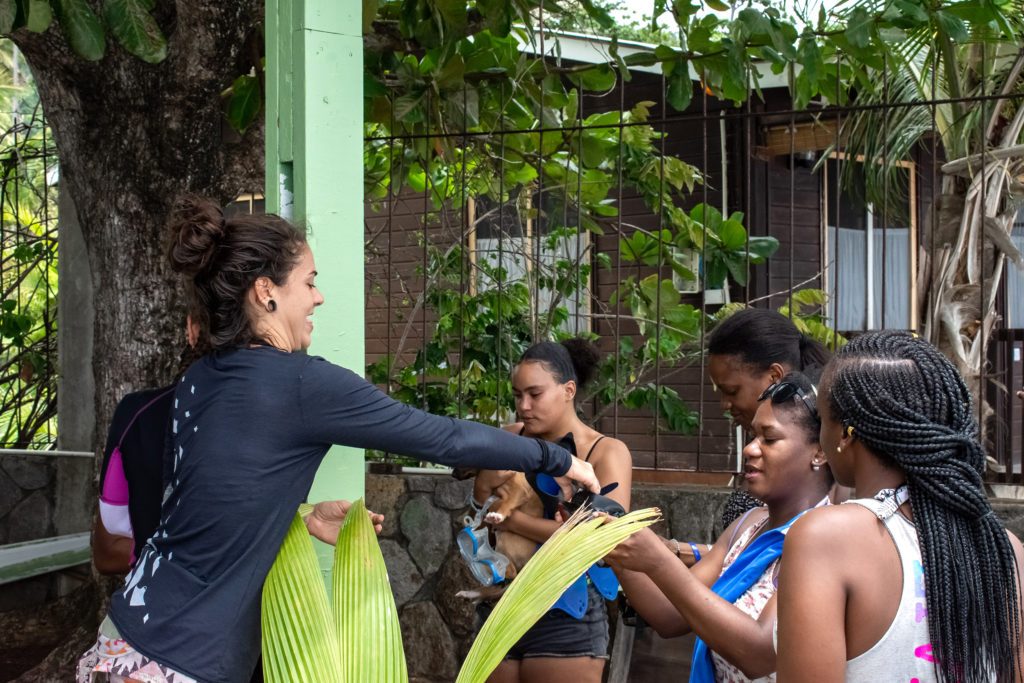 With Recycle Rebuild involved, “we can make our clean-ups closed loop, which means that every underwater clean-up, every dive against debris, every beach clean-up we do, we take all of those recyclable plastics, anything that isn’t contaminated by salt, or oil or anything like that and we are able to recycle them. It’s been a huge community building opportunity,” Rognlie said.

The excess trash collected on Picard Beach during the day’s clean-up was sorted and later moved by Anichi Development to the landfill. The company, whose staff participated in the day’s activities, applauds the initiative by Our Salty Passports, and the opportunity it provided locals to explore alternative ways of creating sustainable employment. 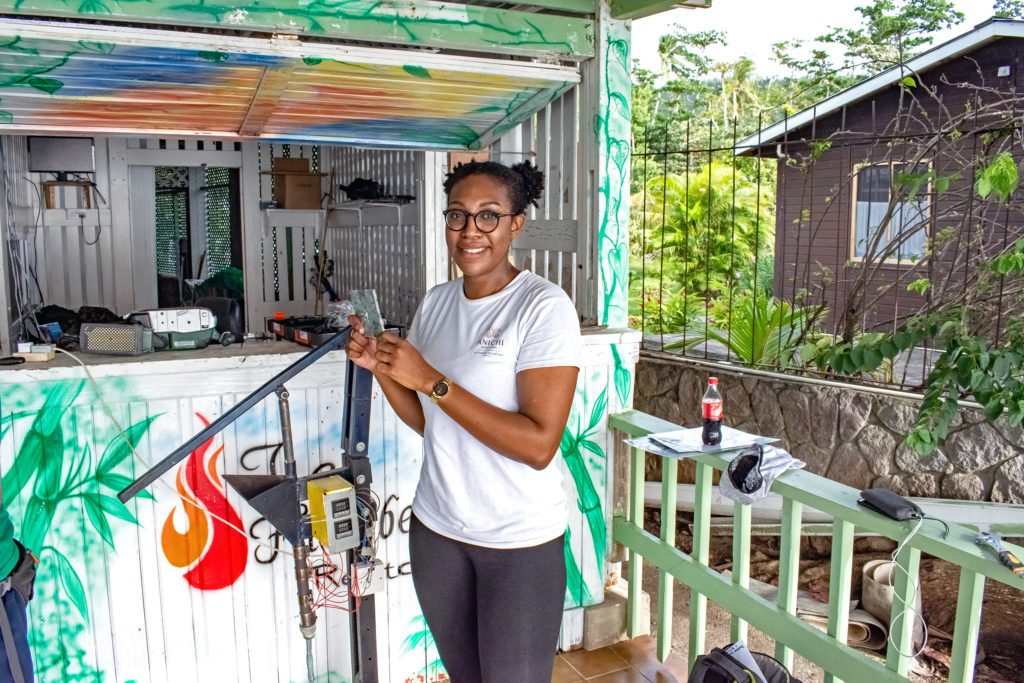 Marketing Manager for Anichi Development, Nisha Mc Intyre, shows the floor tile made by Recycle Rebuild during its demonstration

“Recycling and repurposing Dominica’s waste plastics strengthens the island’s resilience and creates new alternative forms of employment for Dominicans. It’s an initiative with tremendous socio-economic potential and one that also benefits Dominica’s tourism product,” said Nisha Mc Intyre, the company’s marketing manager. “We couldn’t turn down the opportunity to sponsor and support the initiative.”

Recycle Rebuild continues to look for additional retail outlets through which it can readily sell the products it creates from Dominica’s recycled plastics. 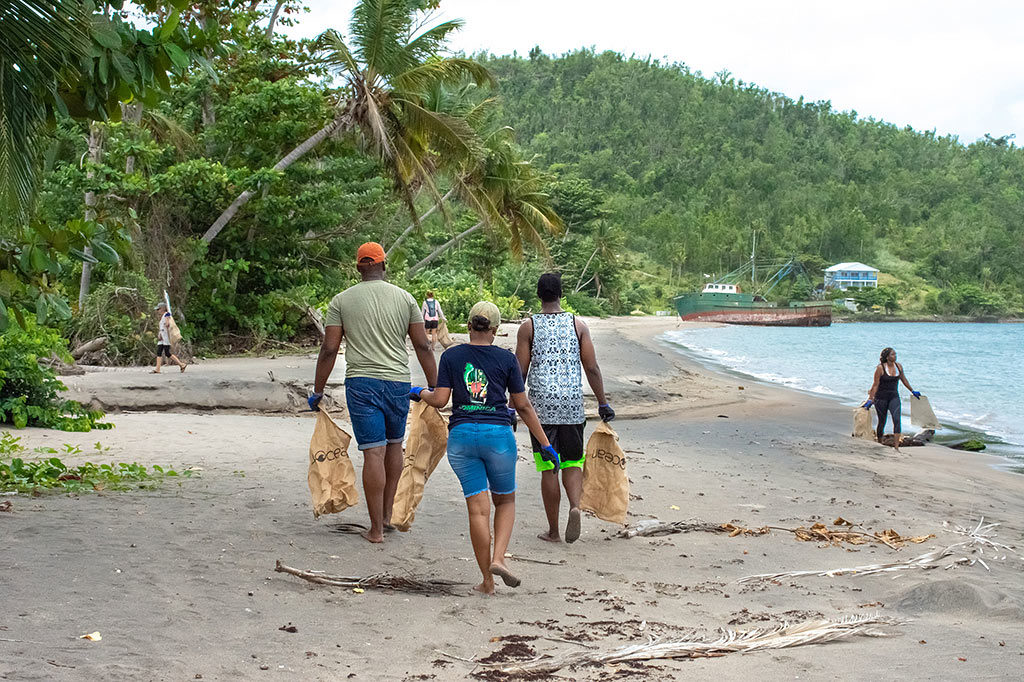