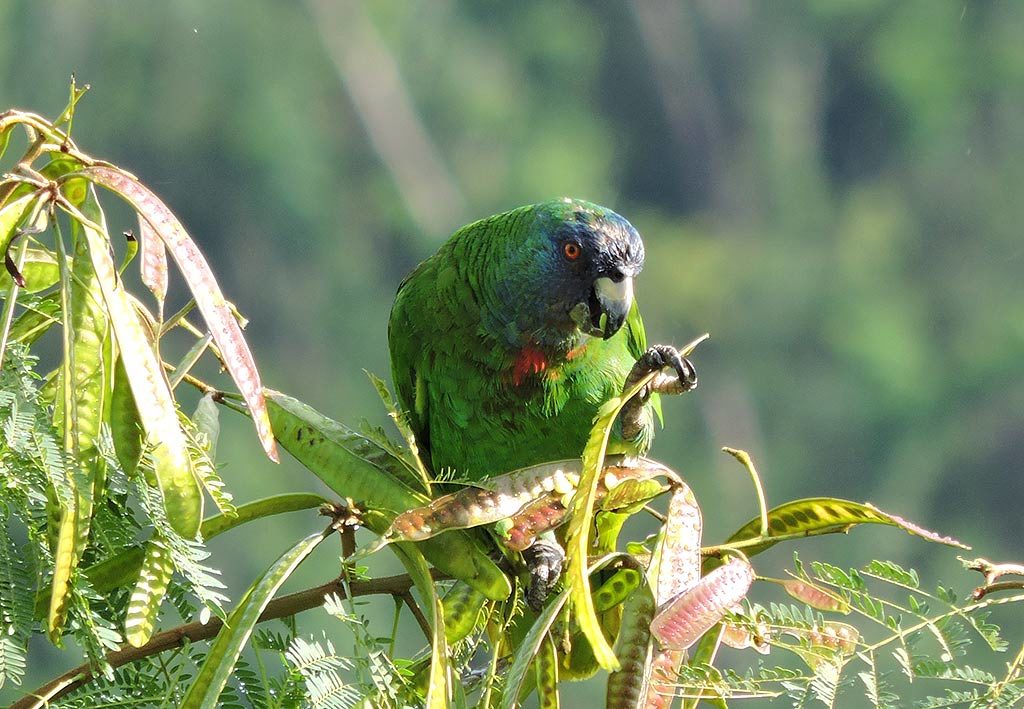 Dominica celebrates the Caribbean Endemic Bird Festival (CEBF), which takes place in the Caribbean every year. The celebration starts on April 22 (Earth Day) until May 22 (World Biodiversity Day). The festival aims to show the beauty of local birds and raise public interest in the fate of rare species in the Caribbean islands.

This year, the festival events are held under the relevant topic for the whole world: “Protect Our Birds: Be the Solution to Plastic Pollution.” The accumulation of plastic products in the environment adversely affects the earth’s surface, waterways, oceans, and poisons or kills birds. The Government of Dominica is serious about the problem of pollution and since January 1, 2019 has imposed a ban on single use plastics and Styrofoam.

This year, the Forestry, Wildlife and Parks Division are conducting a series of bird watching events and cleaning up areas with primary schools and communities.

In collaboration with the Waitukubuli Artist Association, on May 14, an art exhibition dedicated to the Dominica birds opened at the Botanical Gardens.

Take a look at a video of one of the endemic parrots, the beautiful Red-necked Parrot, the only one of its kind.

These endemic parrots are endangered. After Hurricane Maria in Dominica in 2017, they became even more vulnerable as there were no leaves in the trees. The parrots had to fly from the previously cozy forest in the depths of the island closer to the coast in search of surviving seeds, nuts and fruits. For the first time in their lives, the citizens of Dominica could observe parrots in the trees two meters from their home. The situation was difficult for the birds.

The Government of Dominica was forced to make a difficult decision to ensure the safety of two endemic parrot species. 12 parrots from the Botanical Gardens in Dominica were transported to Germany under the control of the German CITES (Convention on International Trade in Endangered Species of Wild Fauna and Flora) authorities to ACTP (Association for the Conservation of Threatened Parrots) breeding centre.

14 months later in Germany, for the first time in the world in captivity, two chicks of the Red-necked Amazon hatched: one on May 10 and the other on May 14, 2019. There is a real prospect of restoring a population of endemic parrots.