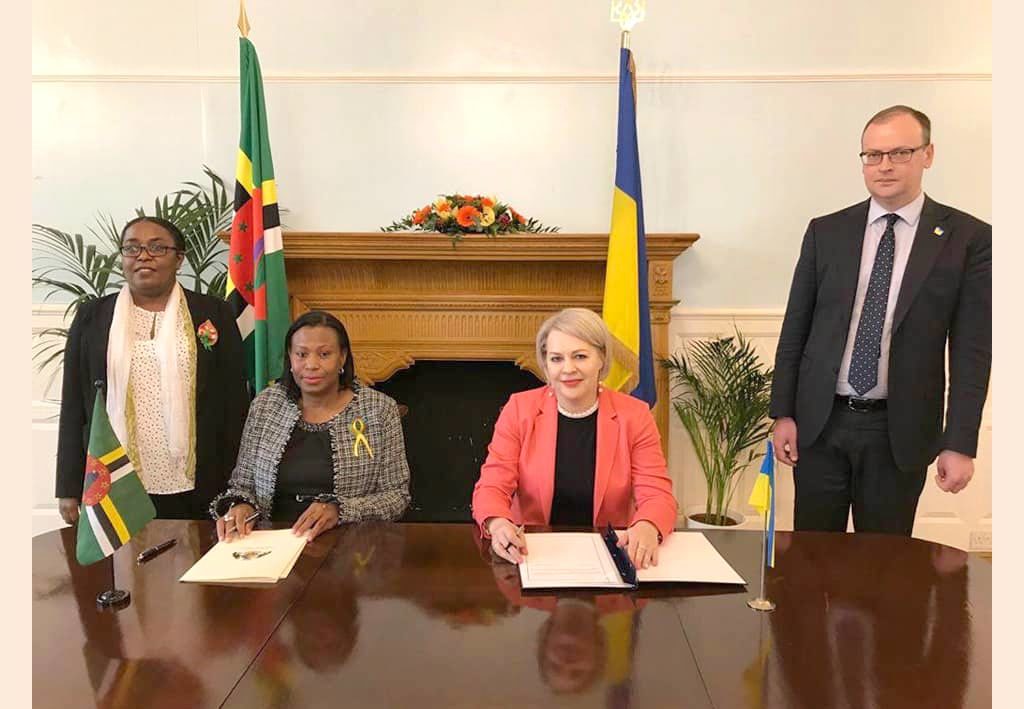 On May 15, 2019, the Governments of Ukraine and the Commonwealth of Dominica signed an agreement on exemption of visa requirements at a brief ceremony at the Dominica High Commission in London.

The Agreement was signed on behalf of the Ukrainian government by Mrs. Natalya Galybarenko, the Ambassador of Ukraine to the United Kingdom and Mrs. Janet Charles, the Acting High Commissioner of Commonwealth of Dominica in the United Kingdom.

The provisions of the agreement outline that citizens of Ukraine and the Commonwealth of Dominica may enter into, stay in, exit from and transit through the territory of the country of the other party without visas, granted that the period of their stay shall not exceed 90 days within 180 days period. At a later date, the date of entry into force of the agreement will be announced.

Ukraine is a state in East-Central Europe taking 44th place in the world by territory and 2nd place in Europe. The population on February 2019 is more than 41 million citizens – the country ranks 38th in the world in terms of population.

Ukraine is known for its Orthodox churches, the Black Sea coastline and forest mountains. In the capital Kiev stands the landmark St. Sophia Cathedral with the gold dome, 11th century mosaics and frescoes. (Fresco is a method of mural painting on freshly applied plaster.) Located on the banks of the the Dnieper River is the Kiev Pechersk Lavra monastery complex, site of Christian pilgrimages, which houses Scythian tomb relics and catacombs containing mummified Orthodox monks.

Check out the full list of visa-free countries on our page about Dominica Citizenship by Investment.