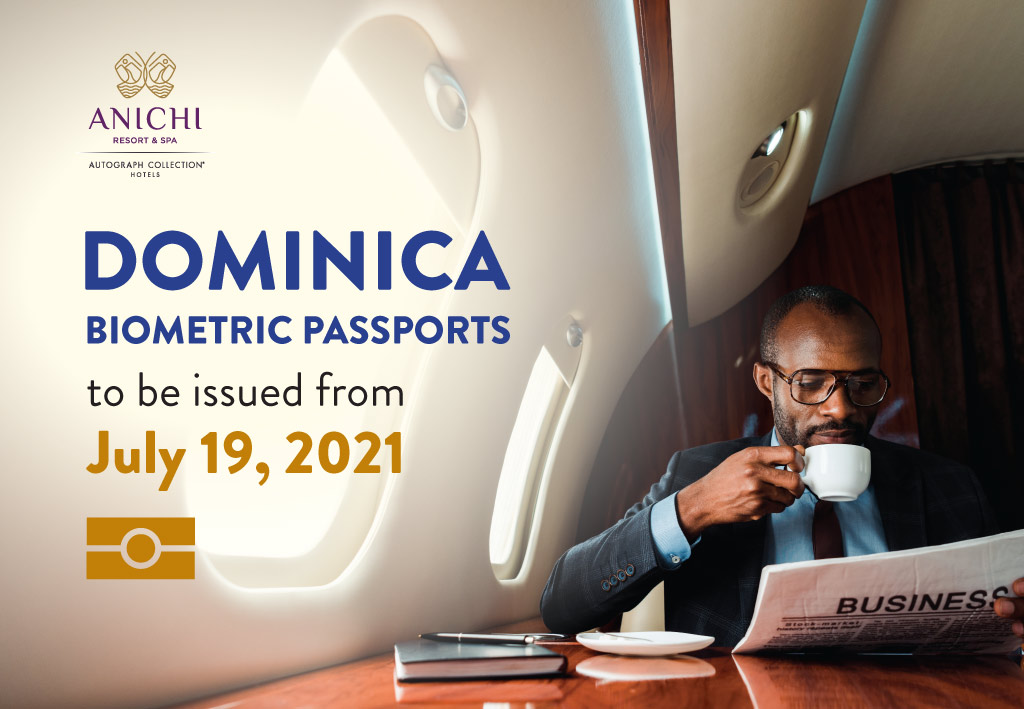 What is a biometric passport?

A biometric passport (e-passport, ePassport or digital passport) is a government document proving the identity and citizenship of the owner when crossing state borders and travel abroad. An e-passport looks like a traditional passport but has an international biometric symbol at the footer of the front cover.

The main difference between a biometric passport and a regular one is an embedded electronic microprocessor chip containing data about the owner of the document:

Dominica’s transition to biometric passports is primarily aimed at improving the security of Dominica’s borders and the safety of personal data of its citizens.

Public Key Infrastructure (PKI) is used to authenticate data stored electronically in the passport chip, making it costly and difficult to counterfeit when all security mechanisms are fully and correctly implemented.

Information from e-passports is read instantly, allowing the passport holder to be quickly checked at border crossings, and the state receives the necessary information about passengers and goods imported into the country.

How to obtain a Dominica biometric passport

The application process for a change of passport remains the same. Applicants can download the passport application form from the Government website. Along with the application, Dominica citizens are required to provide: two passport photos, the original birth certificate, marriage certificate, an expired or valid passport, and a certificate of naturalization if citizenship was obtained as part of the Dominica Citizenship by Investment Programme.

Since 1993, Dominica’s world renown Citizenship by Investment Programme has enabled dignified people around the world to secure a reliable future for themselves and their families. Dominica citizens travel freely to over 130 countries and territories and can choose where to vacation, study or do business.

With an investment of USD 220,000 in the flagship real estate project Anichi Resort & Spa, you can apply and obtain Dominica citizenship in 3-4 months. Do not miss this opportunity. Contact us now for further assistance.