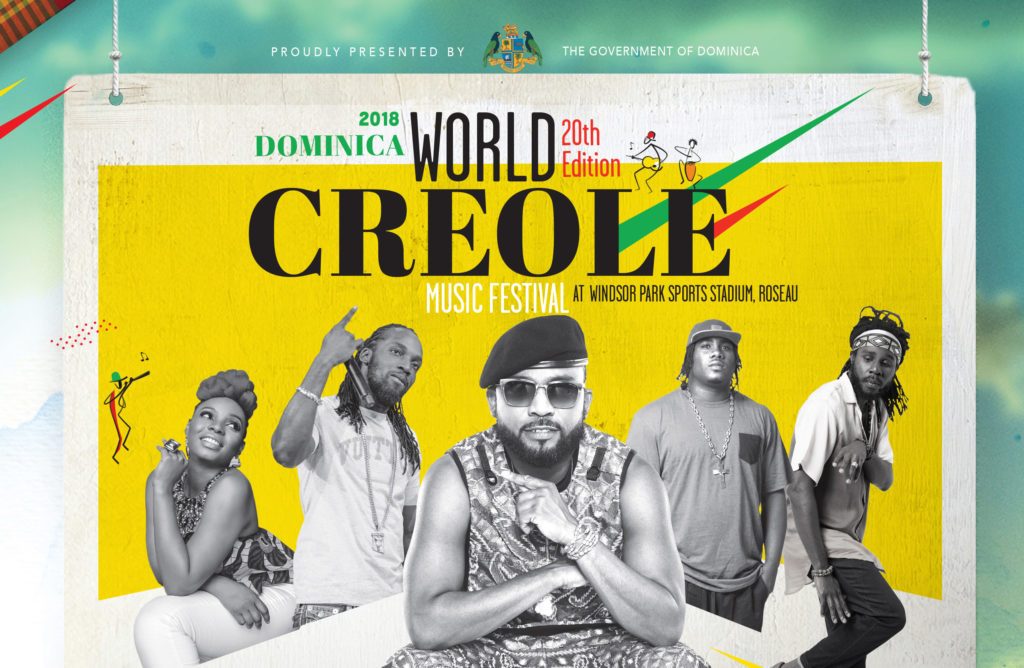 Rhythms of Soca, Reggae, Afro-pop and Zouk will saturate the air of Roseau as the Caribbean’s Nature Island of Dominica stages the 20th instalment of its World Creole Music Festival this October.

The three-day festival from October 26 – 28 will feature a dynamic line-up of regional and international artistes. Alongside local stalwarts like Asa Banton, Triple Kay and Michele Henderson, will be international Reggae sensations Chronixx and Movado, as well as the king of Soca Machel Montano, Kes the Band, Nigerian Afro-Pop sensation Yemi Alade, and Konpa favourites Sweet Micky and Klass, among others.

The festival which was cancelled last year due to the impact of Hurricane Maria is coming back as a testament of the island’s resilience and commitment to overcoming adversity. Hon. Robert Tonge, the country’s Minister for Tourism and Culture, believes that there is an opportunity for Dominica to benefit from cultural tourism. “Dominica’s’ diverse culture; its dance its music its dress and festivals make the island a prospective hot spot for tourist looking to explore arts heritage and the special character of the nature island.”

The minister, who spoke at the official launch event for the World Creole Music Festival, looks forward to the proven economic influx that the festival brings. “During such events, we see a spike in tourism related services, such as accommodation, travel, restaurants, shopping, and VAT collection for the government, resulting in more cash circulated within our local economy, the Minister said. These fiscal benefits have been proven  not by one, but two previous value for money reports he further indicated.

The World Creole Music Festival is Dominica’s largest cultural festival and a testament of the country’s riveting heritage and culture.