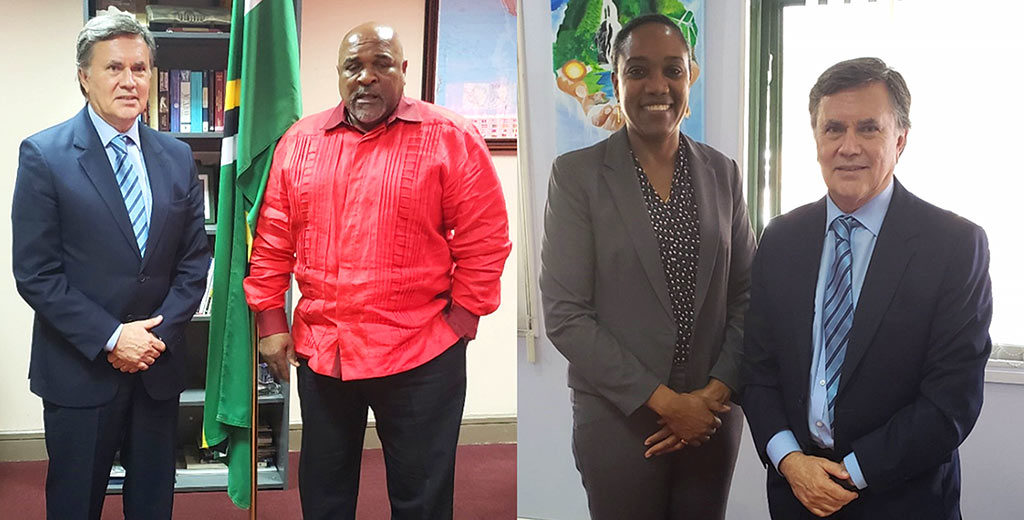 Dominica has been selected to be the home of the Caribbean’s first Agricultural Resilient Centre. Recognising the vulnerability of the agriculture sector in Caribbean states to climate related disasters, the Inter American Institute for Cooperation on Agriculture (IICA) has decided to partner with Dominica’s Ministry of Agriculture, Food, and Fisheries, in the wake of the island’s decision to become the first climate resilient country.

Speaking at a press briefing in Dominica the Director General of IICA, Manuel Otero, stated that “Climate change is here to stay. We now face the prospects of a new agriculture, and we must generate the tools required to face this issue.”

IICA is a specialised agency for agriculture within the Americas that supports the efforts of its member countries to develop their agricultural industry and achieve rural wellbeing. The agency has a membership of 35 membership states including member offices in Canada, Central America, South America and the Caribbean. IICA has had an active presence in Dominica as a member state and contributed toward efforts to revive the agricultural industry after Hurricane Maria.  These efforts included assisting in organizing farmers, the introduction of vermicomposting technology both as a tool and an income earner, support for the coconut chain and honey producers.